Ba Alawi sayyids, the ultimate reformers of religious cultural scenario of Malabar, are a family migrated to Hadhramaut in Yemen from lineage of Ali ®. Mampuram Sayyid Alavi Thangal comes from Husaini clan, a prominent range of this family.

The 18th century was an era of wide trade contacts linked between Arabia and Malabar by tolerance of Samoothiri kings and friendly approaches of Kerala Muslims. In 1741 Sayyid sheikh bin sayyid Muhammed Jifri was the first to come Kerala, knowing the fertility for Islamic propagation. In 1754, as per his invitation, sheikh Hassan bin Alavi Jifri, uncle and Father -in-law of Mampuram sayyid Alavi Thangal, boarded in Calicut and after the completion of studies at Ponnani, he engaged in missionary activities settling in Tirurangadi. Embracing the path of Uncle, Sayyid Alavi Thangal Mouladhaveela departed for Mampuram.

In 1166 H, Dulhijja 23, Mampuram sayyid Alavi Thangal was born to devout scholar Sayyid Muhammed bin sahl Mouladhaveela and Sayyida Fathima, daughter of a leader of Jifri family and sister of sheikh Hasan Jifri. He has been looked after by his maternal aunt Sayyida Hamida Beevi due to the demise of his parents in childhood. The boy who has patience, righteousness, honesty, wisdom, self-reliance and social commitment, memorized the holy Qur'an by the age of eight. 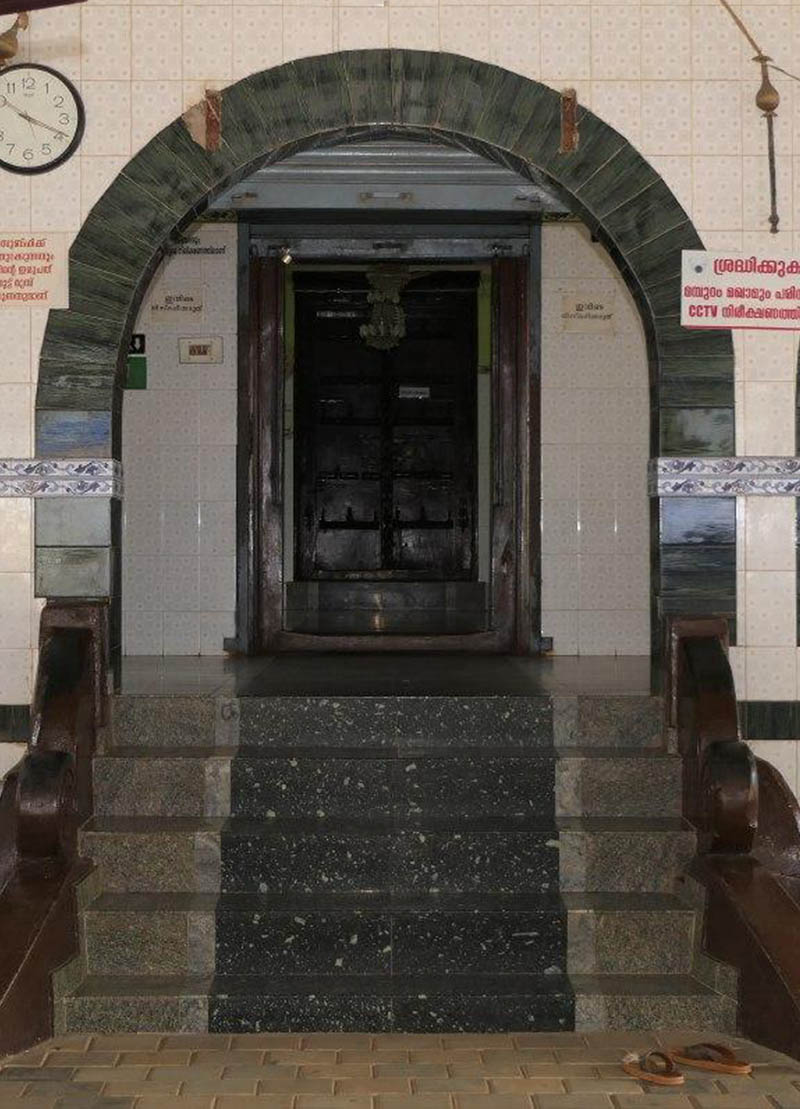 To shore of Malabar

As he heard from his stepmother that his relatives and his uncle were living in Malabar for the sake of missionary activities, he left at the age of 17 by ship and reached Calicut in H 1183, Ramadan 19. But his father in law Sheikh Hassan Jifri was no more. Hence, some Arab traders brought him to sheikh Jifri and they both visited the grave of deceased uncle at Mampuram. After, Sheikh Jifri introduced Sayyid Alavi to indigenous people and informed them that henceforth, the socio-religious activities will be led by him. So, in later years, He was thoroughly engaged in social, spiritual and anti-occupation activities in his life.

Fatima Beevi, daughter of Sheikh Hasan Jifri was married to Sayyid Alavi by Qadi jamaludhin Maqdum at his behest. Mampuram Thangal who lived his marital first days in bride's house, shifted to Maliyekkal residence beside Mampuram masjid. The firstborn Shareefa Alaviya has passed away in her childhood and they named Shereefa to second born (who later known as Kunhi Beevi). After the demise of first wife, he married Fathima, daughter of renowned scholar of koyilandi kovilkandi ampakkandakath Sayyid aboobackar Madani and infamous sayyid fadl pookoya Thangal was born to them. Later, he married Ayisha, sister of Cherur martyr muhyidheen at the age of 50 and they had two daughters, swaliha and fatima. The one and only wife who lived after the demise of Mampuram Thangal was Swaliha thimoriya, a Dilite of Timor in Indonesia.

Despite the fact that he is described as anti-occupation leader, social reformer, right activist, bastion of religious harmony, he was popularized by his spiritual life. He could achieve huge celestial ranks by having the profundity of divine knowledge. The prudent lifestyle and tremendous activities are evident to such an immaculate spiritual journey. He was adamant to perform regularly the holy benedictions, fasts, and Sunnah prayers, advice and Qur'an recitation along with his social activities. He was conscious of human ethics and hereafter. He was master of qadiriya thareeqath and had multiple disciples even the spiritual stalwart of that period veliyancode Umar Qazi was under his care.

Sayyid Alavi thangal was recognized as Quthubzaman on account of being divine pole of that period. He was eligible for jurisprudence as well as a profound Tasawwuf scholar. He resolved abundant jurisprudence issues in his period.

The policies and approaches taken by Thangal against the imperialist country were strident. He figured strategies to dispose of western forces who have committed blatant persecution upon tolerant harmonized and Islamic traditional Malabar people. He excessively vilified maltreatments of landlords who were allied with East India company and he declared the Hindu Muslim unity as inevitable to eliminate them.

The views of Sayyid Alavi Thangal and son Fadl pookoya Thangal were drastically just and biased to honesty in preservation of rights of new Muslims. It could materialize the liberation from landlord superiority and he could ensure the safety and freedom by embracing Islam.

The tactics of British to deteriorate the religious harmony of Hindu and Muslim were happened to decline by him and he strived to eliminate the foreign invasion through peace and tolerance. He was described by historians as an emancipator of marginalized people including Dalits. Multiple rituals that existed for years like Kozhi Kaliyattam in Mooniyur near Tirurangadi are the relics of religious tolerance. 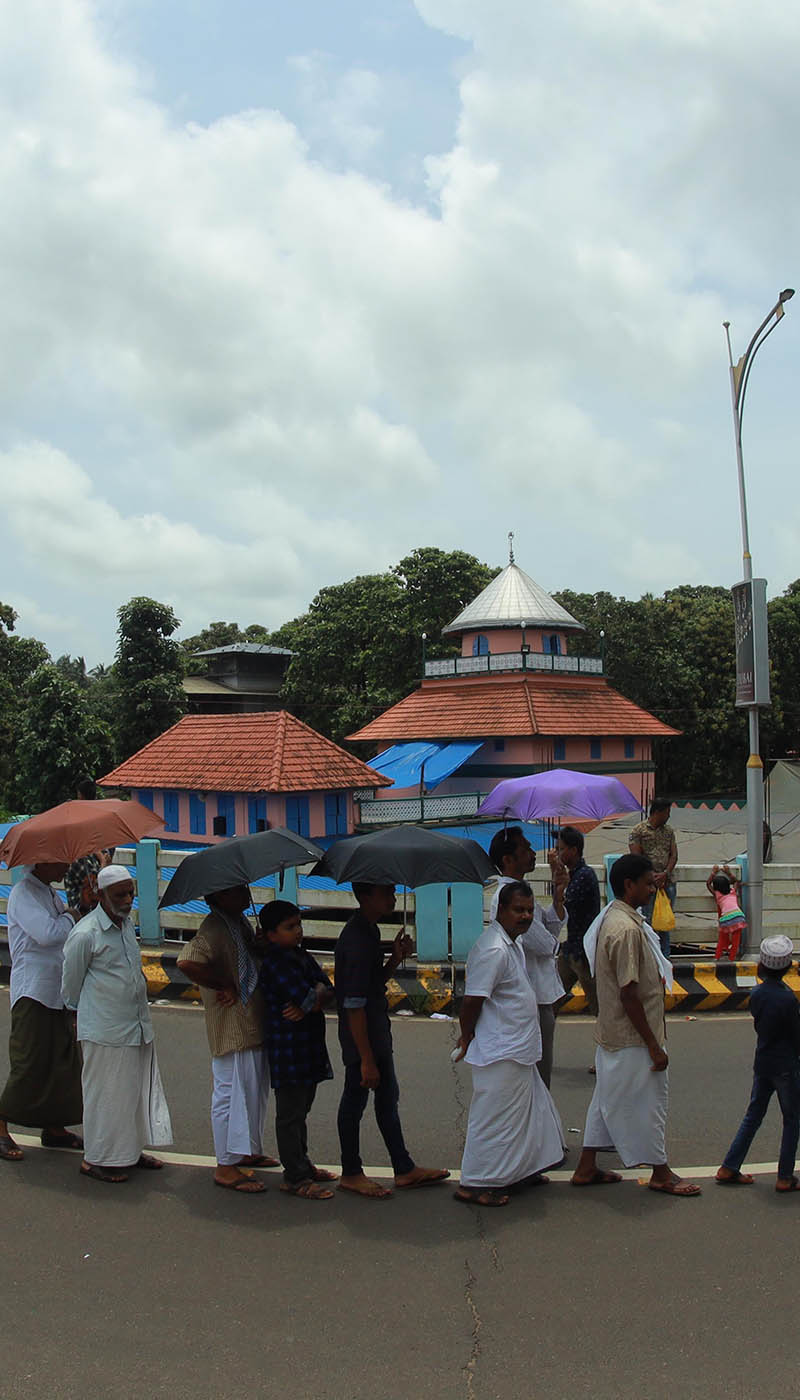 In H 1260 Muharram 7(AC 1845) Sunday, Sayyid Alavi Thangal, the man who was a beacon in the history of Kerala Muslims renaissance, passed away. He was affected by vagaries of age in H 1259. It increased daily and started the leg pain. It was a scathe got from the Cherur battle by British army. But it wasn't revealed by him.

He died when he was at the age of 94. Tens of thousands of people flocked to Mampuram knowing the demise regardless of caste and religion and funeral prayers were performed multiple times. He was buried beside Sheikh Hassan Jifri in Muharram 8, Monday.

Moulids and elegies were influenced immensely on the spiritual field of that time, hence, later scholars have written about him in multiple writings in prose and verse.